No matter where you live or where you are from, having state pride is something that many of us carry with us. We all love to defend and talk up our home states and the locations that brought us up. This is something that has been inherit to us since the beginning of time and simple logic explains it quite well. The places we are from and experiences we have had there, make us into who we are today.

Here at Slick Woody’s, we wanted to create an opportunity for our customers to express this passion and love we all have for our home and current states. In honor of Flag Day and the beautiful states our country has to offer, check out this article on our best selling state flag cornhole boards.

Our state flag collection offers multiple options for every single state in the United States of America, no matter where you are from. Check out our list of the top five state flag cornhole boards available now! Coming in at #5 we have the Alaska State Flag Cornhole Board. The last frontier. The great land. Land of the midnight sun. The 49th state of the United States of America. Whatever you want to refer to this beautiful state as, this state flag cornhole board has a great look to it.

Created in 1959, the blue field represents the sky, the sea, mountain lakes, as well as Alaska's state flower, the Forget-Me-Not. Emblazoned on the flag are eight gold stars: seven from the constellation Ursa Major (The Big Dipper) with the eighth being Polaris, The North Star.  Alaska is one of the most beautiful states that we have in America and many of people that live there are interesting and unique themselves. The Colorado State Flag Board is next on our list. The Centennial State. The Mother of Rivers. The Highest State. The 38th state’s flag was adopted on March 31, 1964 but was actually designed in 1911. This is a very well known flag, that is known not only in Colorado, but throughout the country.

This state flag board has a very unique design that catches the eye. The design consists of three horizontal stripes of blue, white, and blue. On top of these stripes sits a circular red "C", filled with a golden disk. This state is truly one of a kind. The amazing landscape and mountains, the different seasons effect on the climate, and the beautiful people that live there.

If you’re interested in checking out this Colorado State Flag Board you can do so here. The Golden State. One of the most beautiful and diverse states in the United States of America. This state’s flag is one of a kind and has an awesome look to it. The historic Bear Flag was raised at Sonoma on June 14, 1846, by a group of American settlers in revolt against Mexican rule. The flag was designed by William Todd on a piece of new unbleached cotton. The star imitated the lone star of Texas. A grizzly bear represented the many bears that are seen in the state.

This flag is a top five best seller on our online shop and for good reason. The flag has a very simple yet sleek look to it and attracts people from all over, not just from the state of California. We offer two different designs with this flag, one being a brown and black design and the other looking similar to the original state flag. Get to our shop and check these California flag designs out! Ranking in at #2 we have the Texas State Flag Cornhole Board. The Texas Flag Code assigns the following symbolism to the colors of the Texas flag: blue stands for loyalty, white for purity, and red for bravery. The code also states that single (lone) star "represents all of Texas and stands for our unity as one for God, State, and Country." Not only is Texas the biggest state in the country, but it also is where we sell a large portion of our cornhole boards.

Much like the California State Flag Cornhole Board, this board comes in two different styles including a brown and black design and a red, white, and blue design that is based off of the original Texas State Flag design. The two Texas State Flag Board designs both rank in our top 5 best seller list, and goes to show that the lone star state is widely beloved by people all around. The heart of America, the home of aviation, the place where the most U.S. Presidents call home. Some might say we’re biased because it is our home state and also the birthplace to the game of Cornhole, but Ohio is the #1 State Flag Cornhole Board on our list.

Ohio's state flag was adopted in 1902. The Ohio burgee, as the swallowtail design is properly called, was designed by John Eisemann. The large blue triangle represents Ohio's hills and valleys, and the stripes represent roads and waterways.

One of the main reasons this board came in at #1 is the fact it is the only board that has a different flag structure than the others. As you can see the Ohio state flag has a swallow tail structure to it so it does not take up the whole board. This allows us to showcase some of our signature best selling wood style boards behind it, which really allows the flag to pop.

Take a look at our Ohio State Flag Cornhole Board here! 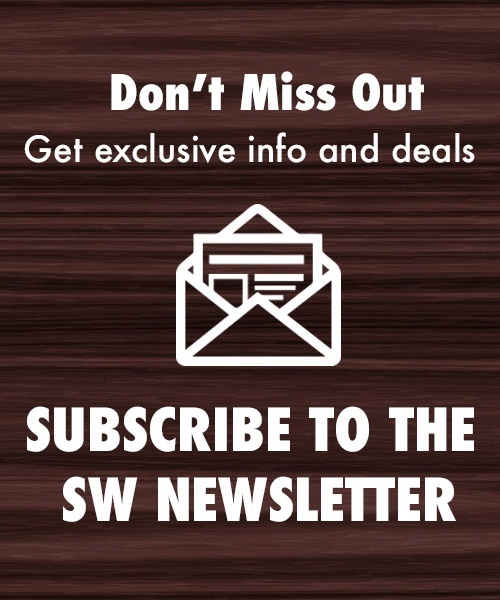 This list was actually quite hard to compile, due to the fact that all of the board designs in our State Flag Collection are pretty awesome. Whether you want your cornhole board to look just like your state’s flag or you want a bit of a different style, we have options for each state of this beautiful country. Our State Flag Cornhole Board collection is the best around and you can guarantee you will find something you like.

Also if there is some kind of custom design that you want done, we create custom cornhole board designs for any idea you might have. We will send you a mock-up of your idea for your approval before printing, so you can be assured your board will look just like you envisioned.

Get over to our State Flag Collection and see what we offer for your favorite states! 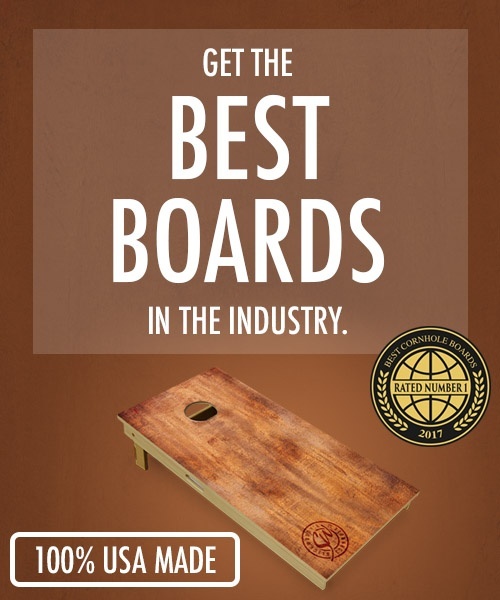